In my previous post, I had asked each of you to do something for another person that could make their day a little brighter. I had a little doubt because it is the new year and so many people are busy enough with their daily schedules to even stop and think for a moment, but I was surprised to see on Facebook the other day that my nephew took part in a very giving act of kindness.

My sister and her boyfriend Tony have three beautiful kids together. Seeing that yesterday they had off of school because of snow, they had the boys go outside and sled in the neighborhood. Right across the street, there is this awesome hill that all the kids accumulate at for a fun filled day in the snow. Nicole stayed back at the house to make some hot chocolate for the boys, but still was able to keep her eyes on them. Gage (my nephew) and Austin and Noah were out minding their own business, when a kid in his late teens, maybe early 20’s came out to see what they were up to. He had a snowboard with him and asked if the boys wanted to make a ramp with him, so that they could have some more fun. They each did their part in making this extravagent jump on the hill, and they all went flying off of it. Only a couple minutes went by, but the kids had so much fun with this older kid. He ended up having to leave for a busy night of work right down the road, but before he left, he pulled Gage to the side for a quick second. I guess he could notice Gage eyeing his snow board, so he asked him if he liked to board and if he was “regular of goofy-footed”. Gage told him what foot he led with and the kid ran inside for a quick second. When he came out he was holding this snowboard with stickers all over it. It looked pretty worn out, but it was such a cool board, with such an awesome personality. The kid came right over to Gage and said, “It’s yours now, bud!”

Gage has been begging my sister for a board for the longest time now, but they never go enough. Plus, snowboards aren’t so cheap. Needless to say, this was such a wonderful act of kindness, and Gage has been carrying the board around with him every day since then. He makes frequent trips up to his room to check if it actually happened and the board is still there.

The kid never told my sister or Gage his name, but what a great guy he was.

Gage will always remember how a random stranger gave him his first snowboard! 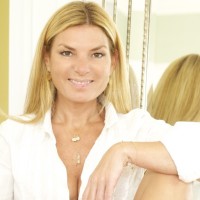